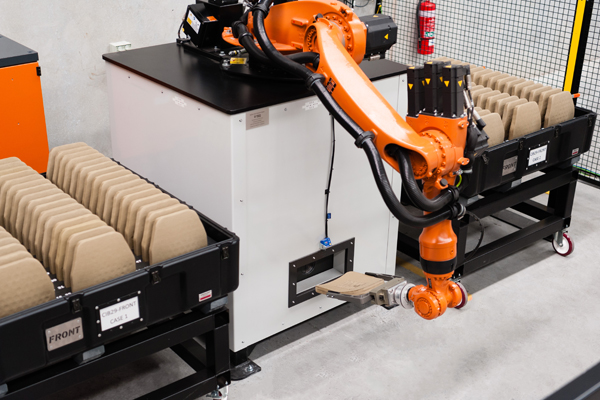 The equipment that was manufactured in Germany and the United States, will be used to conduct non destructive technical inspections on our full range of ceramic composite Small Arms Protective Inserts (SAPI). Inspections will be conducted initially on product manufacture but also throughout the items service life, ensuring ongoing ballistic integrity and zero compromise to the soldiers and officers safety.

Chief Executive Officer, James Craig advised that: “As an industry leader, Craig International Ballistics is heavily investing in our companies future. Key equipment such as this new custom designed digital robotic x-ray equipment not only improves our manufacturing quality but ensures ongoing product integrity by regular through-life x-ray inspections. The equipment will be used to detect internal fractures within the ceramic composite, typically as a result of in-service damage and wear, and could compromise the safety of the wearer without detection. Using robotics with the x-ray equipment greatly minimises product handling and provides our company with an efficient refurbishment and re-certification process.”

The equipment has been installed and commissioned within Craig International Ballistics’ primary manufacturing facility in Queensland, Australia. The state of the art facility was established in late 2015 and manufactures lightweight protective body armour, plates and panels for the Australian Defence Force under the LAND 125 Phase 3B Protection Elements contract and other local government agencies.

Craig International Ballistics was awarded a major long-term contract to supply advanced protective body armour to the Australian Defence Force under LAND 125 Phase 3B in October, 2014.

The four year contract with a three year option is valued at approximately AUD 60 million and involves manufacturing over 20,000 sets of body armour for use by the Australian Army in training and on combat operations. Craig International Ballistic’s protective body armour solution is a new design that gives Australian Defence Force personnel improved protection against small arms fire, high-velocity fragments and knife attack, while being significantly lighter and more durable. This new design was developed by the company’s in-house Research and Development team and is based on experience gained from working closely with the Australian Army over the last 15 years. Extensive testing will certify the new design to the highest Australian and International standards ensuring it meets the key purpose of body armour, that of saving lives.